Noto is a font family comprising over 100 individual fonts, which are together designed to cover all the scripts encoded in the Unicode standard. The Noto Sans and Noto Serif fonts are collected here into two fontpacks for convenience: 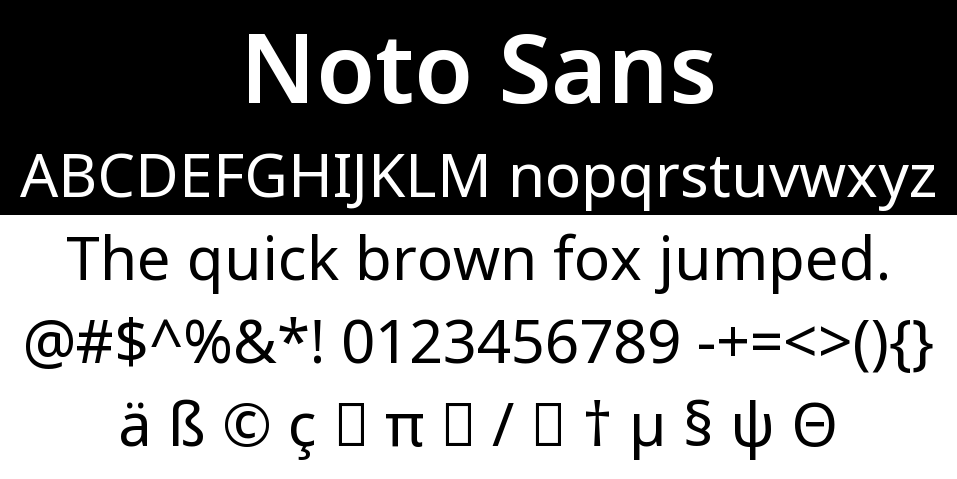