While we're still waiting for the storks to deliver our second child, we decided to try a new recipe for pancakes. Apparently the "Dutch Baby" pancakes are quite popular.

The recipe says you put the batter on a frying pan and bake it in the oven. All righty then, the pan goes in the oven to preheat and I prepare the mix. After a while, the oven is at 225°C (430°F), the hot pan comes out, and I put some butter on it. Without thinking, I intend to tilt the pan to spread the melting butter around, but grab the hot metal handle with my bare hand.

On the plus side, the Dutch Baby was quite excellent, at least when topped with fresh strawberries and whipped cream. The stinging pain in my right palm and fingers didn't really subtract from the experience. Thankfully, the burn wasn't too bad and while it hurts to grab anything with the hand, typing on a keyboard feels just fine.

Now, if only I had more than a few minutes at a time to actually do anything on a computer...! 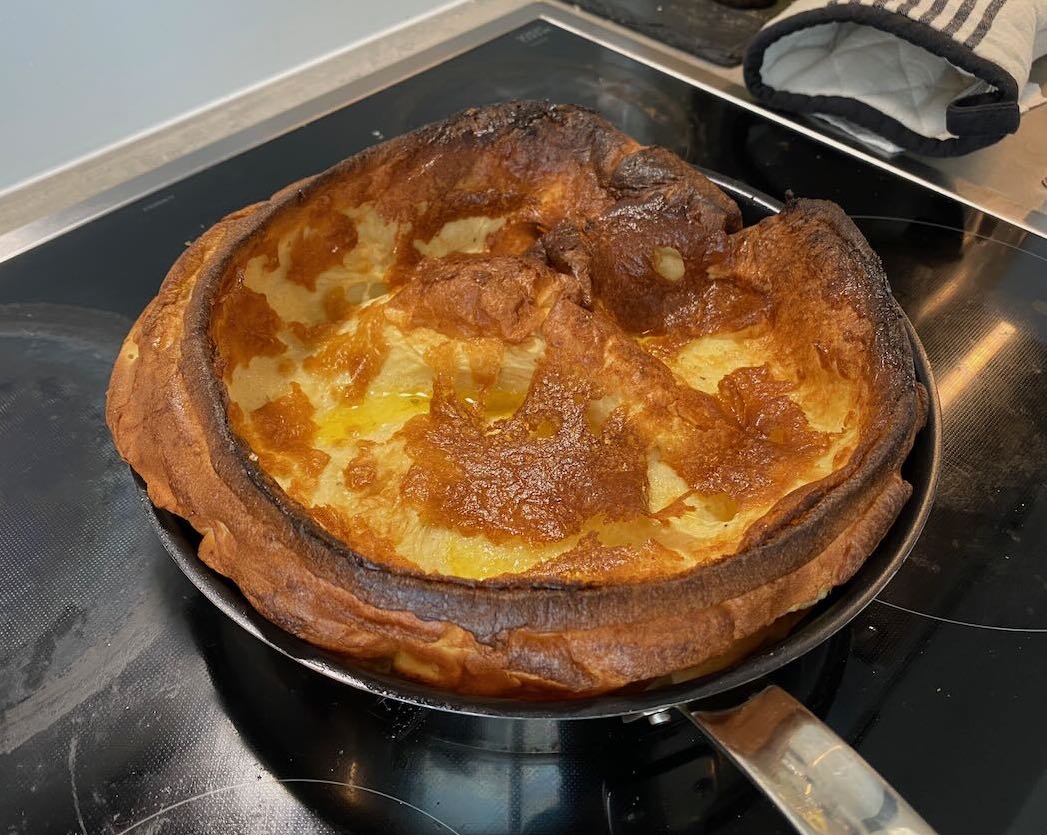 I was curious about the name of this recipe, and a quick perusal of Wikipedia says that it is actually a U.S. version of a German pancake and at least 80 years old. It is plausible that it was supposed to be called "Deutsch Baby":

While these pancakes are derived from the German pancake dish, it is said that the name Dutch baby was coined by one of Victor Manca's daughters, where "Dutch" perhaps was her corruption of the German autonym deutsch. Manca's Cafe claimed that it owned the trademark for Dutch babies in 1942.

The original Gemtext version of this page can be accessed with a Gemini client: gemini://skyjake.fi/gemlog/2022-07_dutch-baby-incident.gmi